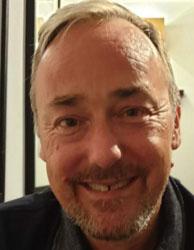 David Curran was elected to the LHA Board in April 2019.

David Curran has been playing hockey (badly) since he was 15, initially joining Monkstown HC's Colts Section and subsequently moving to Wicklow HC where he still plays league hockey. David retains the connection with Monkstown HC, playing regularly with the Vets section and has more recently made his Ireland Masters debut. David has served on committees with both Monkstown and Wicklow and joined the Leinster Hockey Association Board in 2019 in the new role of Umpire Development Director.

In June 2021 David became Chair of the Association