Garry Luttrell wins the inaugural Volunteer of the Month Award

You are here: Home / Garry Luttrell wins the inaugural Volunteer of the Month Award

Garry Luttrell wins the inaugural Volunteer of the Month Award

The Development Committee was delighted with the response to the inaugural Leinster Hockey Volunteer of the Month Award which was launched in September and would like to thank all the clubs who participated.

In these Covid related times, it is more important than ever to acknowledge our Volunteers who are the life blood of our sport.   Development Director Fiona Walshe commended all the nominations received acknowledging that “the continued growth of our sport, with numbers increasing year on year, it is clear that our clubs would not be so successful were it not for the enthusiasm, hard word, dedication and time given by volunteers”.

The Development Committee reviewed all the nominations received in and are delighted to announce that Garry Luttrell will receive the September 2020 Volunteer of the Month Award. 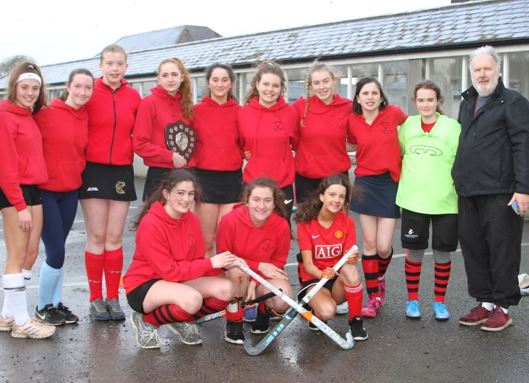 Garry is a founding member of Abbeyleix Hockey Club.  Started in 2005 with a dozen young players, the club began life on a 7-a side astro pitch in Fr Breen Park in Abbeyliex.  Over the last fifteen years, Garry has worked tirelessly to grow the club from its small roots with 12 players to a vibrant, progressive club with over 100 boys and girls aged from 6 to 16 offering a pathway for players to join senior clubs in the region and beyond.

Club Secretary Ann Talbot added that Garry’s “boundless energy and dedication, coupled with managerial skill and good humour have played a major role in bringing the club to where it is today – a vibrant and progressive environment”.

Leinster Hockey Chairman, Trevor Watkins congratulated Garry on his award adding that he was “delighted to see Garry being recognised for his work growing the game in Laois” and that he “looked forward to seeing the club continue to grow thanks to the foundations put in place by Garry”.

Nominations for the October 2020 Volunteer of the Month will close on 02nd November.  Clubs can nominate via the link - CLICK HERE

The Development Committee was delighted with the response to the inaugural Leinster Hockey Volunteer..